However, not only the iPhone, but also the power adapter standard of the iPad has shrunk.

We listed the power adapters for the fast charging iPhone and the iPad Pro models.

Is it significant to use fast charging?

How far is the difference between quick filling and no quick filling? Taking the newly launched XS Max as an example, we tested the charges from 0 to 100 using the original 5W and Apple’s official 30W power adapters, respectively. The results show that when charged for 10 minutes, the original 5W charger charged only 7% of the electricity, and the 30W charger charged 18%. By 30 minutes, the former charged 16%, while the latter soared to 50%. The former takes 3 hours and 43 minutes while the latter takes 2 hours and 20 minutes when both are fully charged. 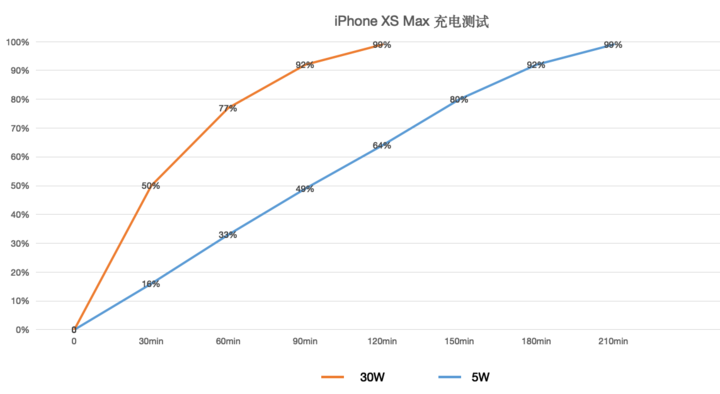 The greatest value of fast charging is not how long it takes to fill up the electricity, but exactly the first 30 minutes. In this era of not only reading fragmentation, but also charging fragmentation, the demand for high-speed charging in a short time is often higher. 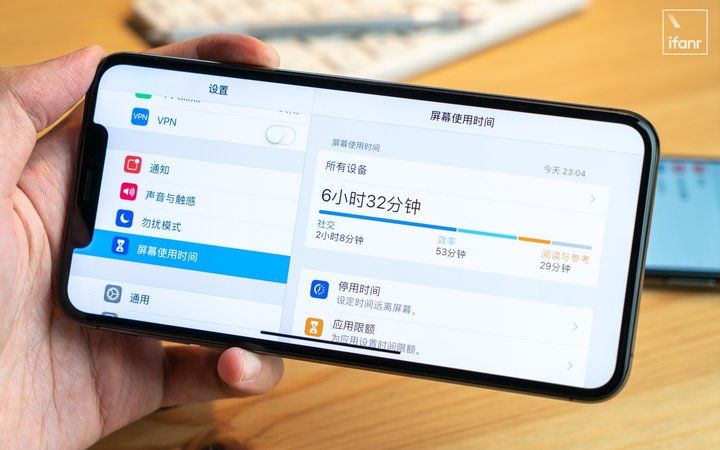 So, how do we match the most suitable fast-charging scheme?

To answer this question, the first thing to be clear is what kind of fast charging protocol these devices are using.

As we all know, there are many kinds of fast charging protocols, so let’s not introduce them too much at first. One thing we only need to know is that all of Apple’s current products supporting fast charging support USB Power Deliver, which is what we often call the PD protocol.

At this time, I believe readers will ask another question: Will I charge such a small iPhone with an 89W power adapter explode?

The explosion is a bit exaggerated. I believe that the more worrying is whether it will affect the battery. Indeed, when lithium batteries are charged under or under voltage, they can cause damage to the batteries.

Having identified the above two questions, we can begin to consider how to match our own fast-charging solutions. Here, we might as well classify users in different situations.

It should be noted here that some people may want to use the USB-A to USB-C adapter with the ordinary USB-A to Lightning line to save the cost of purchasing official USB-C to Lighting. This is actually not feasible, because even if you connect the charger and the mobile phone through the adapter, the agreement still does not match, it is still useless.

If you don’t have an Apple laptop, but you have an iPhone or an iPad Pro, you can buy a 30W power adapter and a USB-C to Lighting line, both of which can be fully charged. The only disadvantage is that it is expensive. The total cost of power adapter plus cable is 349 + 149 = 498 yuan.

Of course, if your iPad Pro is a new model, you can also use it directly with its 18W charger to charge the iPhone.

Speaking for so long, I believe everyone can see the problem. Most of the reasons that hinder the use of fast charging are that the price of an original power adapter and charging line that can satisfy the full charge of fast charging is too expensive.

However, in fact, in the choice of power adapters, it is not necessary to choose Apple’s official. Many lower-priced third-party power adapters that support the PD protocol can also fast charge Apple’s devices. In addition to lower prices, these third-party power adapters are even more versatile, such as the charging Hub, which now has a 100W output, allowing multiple different types of devices (such as MacBook + iPad, iPad + iPhone, etc.) to be fast-charged at the same time. 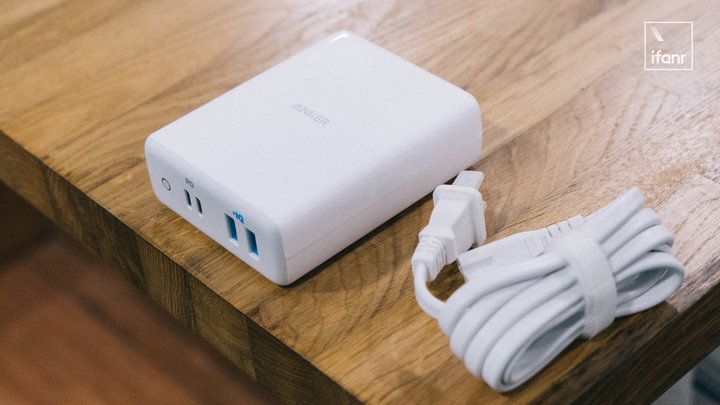 In the end, I believe readers will ask again, what about the notebook? In fact, the power adapters on laptops are close to full charge, so there is no need to tangle.

However, it is worth mentioning that although all of them are dual-headed USB-C cables, the cables used for MacBook, MacBook Air and MacBook Pro are different. So if you have both or both of these devices in your office, you should be careful not to confuse them.

If the first three characters of the serial number are C4M or FL4, the line can be used with a 29W or 30W power adapter, that is, on MacBook and MacBook Air.

If the first three characters of the serial number are DLC or CTC, this line can be used with 61W or 87W power adapters, that is, on MacBook Pro.