Preface: In this age of information explosion, < strong > mobile phone has become an indispensable part of < strong > in people’s lives. Micro-blog, know about, friends circle, always have the next dynamic and endless post. Not only can you kill time while waiting for the bus, waiting for people, waiting for the dishes, but you should also habitually turn on your mobile phone before going to bed and take a last look. More and more time to see the mobile phone, “bow head” and “late night mobile phone party”, a variety of new terms emerge in endlessly. But most people still go their own way, and continue relying on ‘s mobile phone. 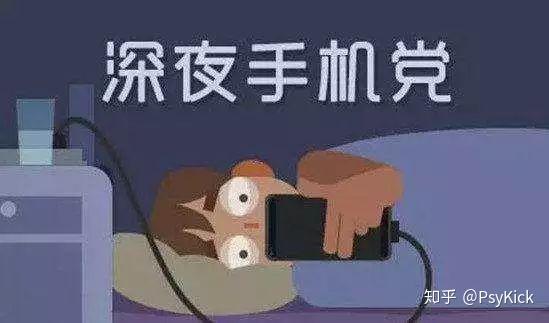 uses Internet social networking to get addicted to . It has similar characteristics to drug addiction and gambling addiction: salience, tolerance, mood modification, conflict, withdrawal, problems and relapse. (Andreassen, 2015) Social network addicts will find ways to squeeze out < strong > more time to get online (salience), spend more and more time brushing their mobile phones to maintain < strong > pleasure (tolerance), and temporarily escape their < strong > negative emotions (mood modificati)). When you can’t brush your cell phone, you will feel < strong > impatient < / strong > (withdrawal); although you consciously want to reduce your time spent on the phone, you can’t succeed every time (relapse); put brushing your cell phone in the first place, < strong > ignore < / strong > other leisure life, work, study, even family and friends (confli) In the end, because frequent use of social networking affects your health, sleep quality and social life. (Andreassen, 2015)

In 2012, 277 Macanese aged 18 to 40 filled out questionnaires on Facebook (Young’s Internet Addiction Test and Outcome Expectancy of Internet Use Questionnaire and Internet Self-Efficacy Scale) on their smartphones, and 23 percent of them brushed their hands for more than three hours. Machine, 12% people are addicted to . (Wu, 2013) People who are addicted to social networks in North America and Asia are more likely to be < strong > impulsive , more < strong > difficult to concentrate , more < strong > difficult to regulate emotions , have more positive expectations of their online experience, but have less understanding of electronic products and technologies. (Hormes, 2015, Wu, 2013) So social networking addiction < strong > is not subject to geographical, gender and age constraints , and it reduces people’s control over their emotions, thereby affecting normal social life.

Using social networks can make people < strong > temporarily shield < / strong > from the stresses and depressions they experience in real life; it can also make it easy to communicate with strangers in a virtual world in a < strong > anonymous < / strong > manner, and < strong > reduces loneliness < / strong >. When you start to brush your cell phone, you may just want to escape from real-life problems for a while, but if the problems remain unresolved and negative emotions are not vented, people will become increasingly dependent on social networks over time. There are many reasons why people are looking at their phones more and more frequently in terms of behavior, three of which are classical conditioning, Variable Interval Schedule of Reinforcement, and negative reinforcement. (Hormes, 2014)

The second reason for < p > is < strong > Variable Interval Schedule of Rreinforcement , which means that the corresponding behavior growth rate is the fastest when the reinforcement occurs when < strong > has no specific rule . Sometimes you get a new message every five minutes while you’re watching your cell phone. Sometimes you don’t get it until an hour later. Because we don’t know the time interval between new messages, we have to turn on the phone more frequently to avoid missing any information.

The third reason, < strong > negative reinforcement , is to increase the frequency of this behavior by removing unpleasant stimuli. Those who lack communication in real life for various reasons will find that social networking is a more convenient, fast and secure communication platform than real life. Anonymous communication on social networks not only reduces loneliness but also maintains security , so for this pleasure, mobile phone watching is enhanced. It’s not the Internet itself, nor the act of brushing the phone itself, but the pleasure of temporarily escaping reality through social apps.

cell phone addiction, people’s sleep will also be affected. Often when you pick up your cell phone in bed, you swear you’re only looking at it for ten minutes, but you can’t actually put it down for an hour. Because when you watch a cell phone, it’s hard for to make a correct judgement of . Comparing the time spent on a mobile phone recorded by 79 participants in a month, the number of times they reported using the mobile phone, and their self-reported use of the mobile phone, the latter was < strong > nine hours < / strong > shorter than the former. The Dself (20.11 +12.40 h/week) is significantly lower than DApp (29.39 +14.45 h/week) (p< 0.001) (Lin, 2015), an inaccurate judgment of time has a particularly significant impact on the late-night mobile phone party, because inadvertently staring at the phone into the middle of the night. After comparing 136 participants’questionnaires on sleep quality and the data collected by App, we found that long-term use of mobile phones had significant statistical significance compared with < strong > shorter sleep time < / strong >, < strong > lower sleep efficiency < / strong > (After adjustment for age, sex, r) ACE / ethnicity, and history of sleep apnea, a greater score on the PSQI sleep duration component (less sleep) and reduced sleep efficiency were each statistically significant associated with longer average screen-time. (Christensen, 2016), so the longer the cell phone is used, the lower the quality of sleep. Not to mention looking at the screen before bedtime, blue light affects melatonin secretion, further affecting sleepiness and reducing sleep quality. (Christensen, 2016) 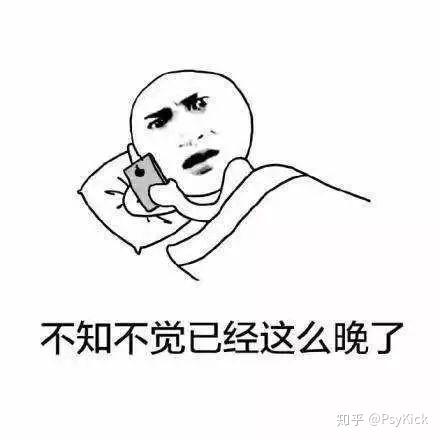 One of the ways to help the late-night cellphone party get rid of the habit of watching cellphones in the middle of the night is to use classical conditioning. Make the bedroom a < strong > sleeping < / strong > place, do not bring Internet-enabled electronic devices into the bedroom, wake up within 15 to 20 minutes to leave the bedroom and establish a regular schedule. (Dautovich, 2010) After sticking to this habit for a while, the bedroom (CS) is associated with sleep (CR), and you can feel sleepy as soon as you enter the room. Some people think that watching a cell phone in the bedroom can help you sleep when you’re sleepy, but it actually reduces sleepiness and weakens the connection between the bedroom (CS) and sleep (CR).

is that reduces ‘s high expectations of for social networking . (Wu, 2015) Because social networking addicts often feel lonely in real life, they believe that social networking can provide comfort. The < strong > instability < / strong > of netizens does not give people a real sense of security, but people who are addicted to mobile phones have spent their time on maintaining their relatives and friends online, and they only feel < strong > more lonely < / strong >. To break this vicious circle, we need to let people know that they can’t escape from negative emotions. People should maintain social relations in real life and solve problems in a positive way, rather than get temporary comfort through the Internet.

Weixin, Weibo, know-how and various social apps have become an essential part of in modern life. And in high-stress, fast-paced lives, they do make it easier to communicate and access more information. But once you become addicted to social networking and even brush your cell phone, it’s not just < strong > Health < / strong > that’s affected, it’s also taking up a lot of time that could have been used to work, study, and communicate < strong > face-to-face with family and friends < / strong >. If you find yourself becoming dependent on social networking, look online for the < strong > questionnaire test (such as Young Internet Addiction Test) and consult a psychologist . Although research on social network addiction has just begun, online game addiction has been officially listed as a mental illness by the World Health Organization. (Wakefield, 2018) Hopefully social network addiction, similar to online game addiction, will get enough attention.